Jump to Recipe Pin Recipe
Baked Pumpkin Maple Bars provide everything you have been craving about doughnuts, without all of the guilt. Pumpkin gives them an extra moist texture and maple makes them perfectly sweet! They definitely hit the spot on a cool fall morning! 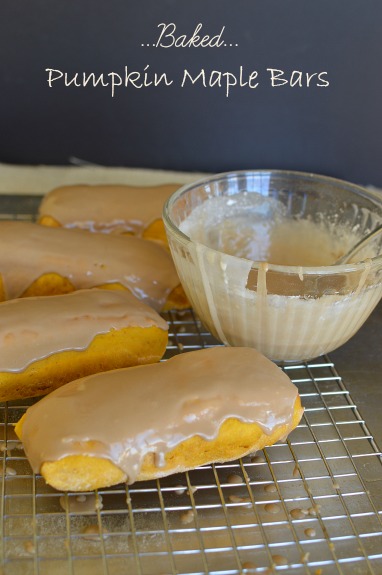 I have been craving doughnuts ever since July when we were staying in Utah for a family reunion. There happened to be a Krispy Kreme shop right next to our hotel. I scoped it out from the first second that we drove in. I’m not a huge fan of continental breakfast since I’m really picky about certain things. I knew I wanted to go get a doughnut for breakfast at least one of the days we were there, probably both days though! I tried to talk my 13 year old into jogging to the doughnut shop with me. No deal. I tried to talk my sister into walking over there with me. No deal. I tried talking my husband into driving me over there. No deal. Since I don’t like to go anywhere by myself I resorted to the chocolates I was hiding in my purse. It was a pretty good breakfast but I was still thinking of Krispy Kremes. 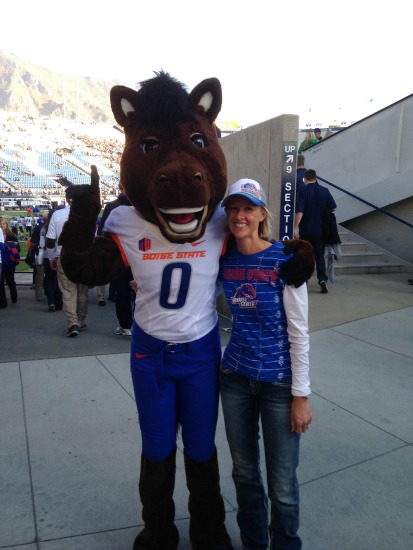 A few weeks ago we went to a Boise State football game. We stopped to get gas before leaving town. Thank goodness the gas station was also a satellite store for Krispy Kremes. I had been craving these doughnuts for 3 long months and I wasn’t about to let them get away this time. So I told Justin, I will get doughnuts, you get gas. Much to my disappointment I learned that all of the good doughnuts are long gone before noon. We were stuck with the last few glazed doughnuts. So I got my doughnuts, just not the kind I wanted.

I had no idea that they sell Cougar Tales, foot long maple bars, at BYU football games. (Yes it was an embarrassing game. No more about that. We are talking about doughnuts here.) Once again I couldn’t help myself and ate almost the entire thing! I don’t know why I keep doing things like that. Trust me, it’s wrong to eat a food long maple bar and a glazed doughnut within a twelve hour period!

After we found our seats I had to get up and wander around before the game started. I think I drive Justin crazy like that. Remember I don’t like to go anywhere by myself so I dragged him up and down the stairs and all around the stadium. It’s not my fault…I just can’t sit still. It was worth it this time because we found Buster and I got my picture with him! 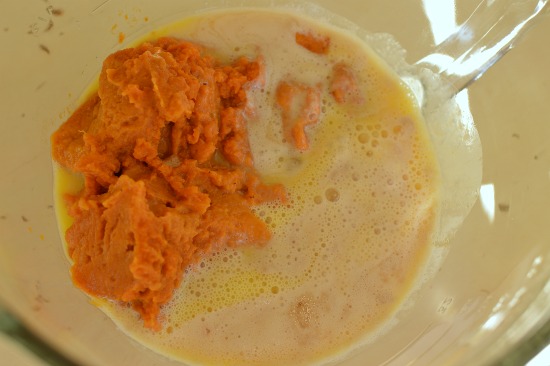 On to the doughnuts. Even after I got home I was still thinking about Maple Bars, so I decided to incorporate baking them and pumpkin. It turned out to be a successful experiment!

Dissolve yeast and 1 T sugar in warm water. Let get bubbly, it takes about 5 minutes. Add beaten egg, pumpkin, brown sugar and butter. Stir all of that together. 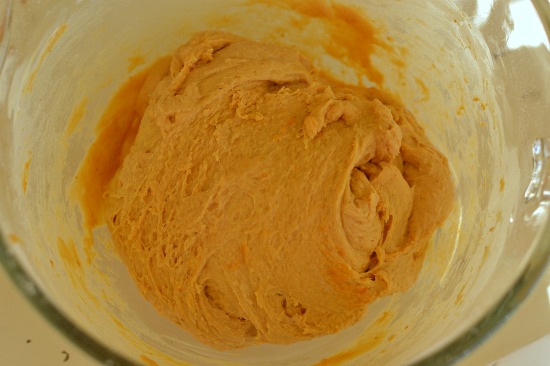 Measure 4 cups flour and salt in a sifter, or separate bowl. Using dough hooks start mixing dough together. Gradually add more flour until dough begins to pull away from the mixing bow. I added another cup, making 5 cups of flour total.

Cover and let rise until doubled, about and hour. 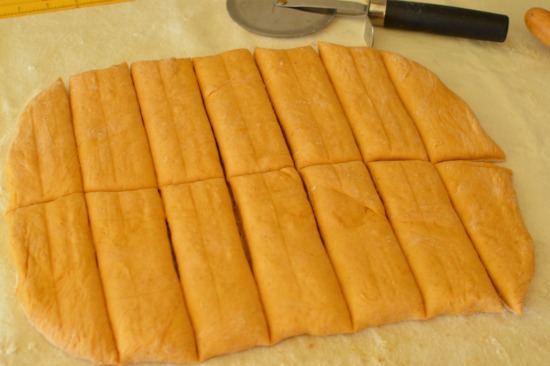 Once the dough has risen roll it out on a floured surface. I used a piece of canvas that my mother in law gave to me. It works like a charm. It’s the simple things in life!

Mine was about 14″ x 10″. If you want to be fancy you can trim the edges off so it’s a perfect rectangle. The rounded edges taste fine to me so I left them. Besides, I was after a rustic look! 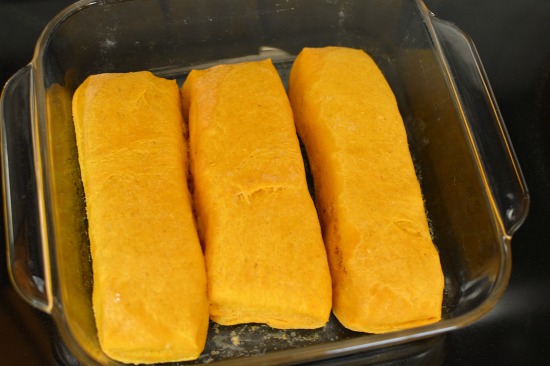 Let rise for about 30 minutes. 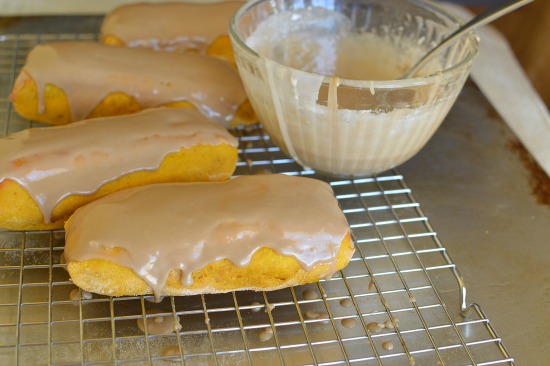 Make a maple glaze by adding powdered sugar, salt, evaporated milk and maple extract to a mixing bowl. Stir. Add powdered sugar to thicken or milk to thin until desired consistency is reached. 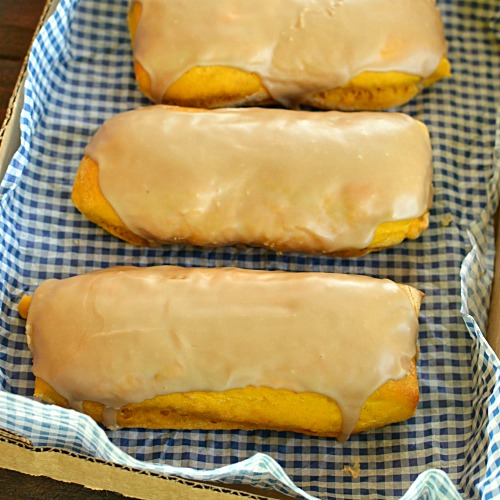 These maple bars really were so yummy. I tried to convince myself not to have one until my family came home that night. I had one little bite, just to make sure it was good.  And that was the end of that maple bar! 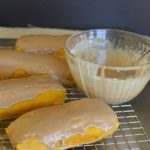