The most tender, fall-off-the-bone Slow Cooker Raspberry Drumsticks is one of those meals your family is going to come back to over and over again! They are absolutely packed with sweet, savory flavors, and it’s easy to add spice to kick up the heat if your into that sort of thing! Drumsticks are a budget-friendly meal which makes them extra easy to add to your menu! 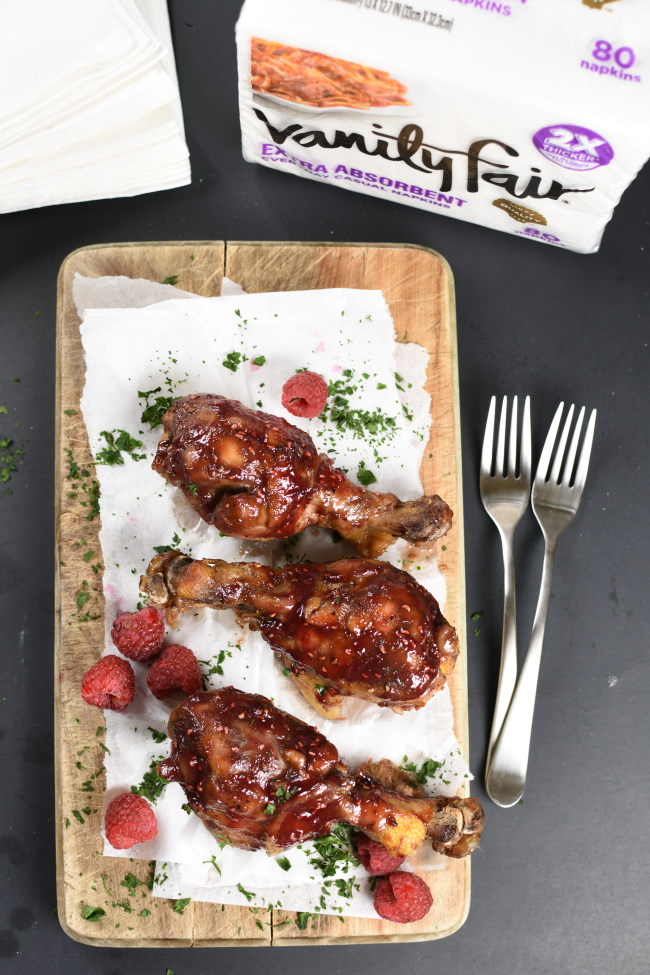 Slow Cookers are a perfect solution for making dinner easier!

My slow cooker is almost like a decoration in my kitchen because it’s always on the countertop. They make life so much easier! And trust me there is nothing easier than Slow Cooker Raspberry Chicken Drumsticks!

Last fall, I was sitting on the tractor, going around and around in the field. Most of the time I love driving tractors, but this particular day I was starting to stress just a little about how much I had to do before our last minute company would be arriving for dinner!

That’s right! I had company coming and I knew I was committed to sitting in that tractor for at least five more hours. As I drove, I racked my brain for ideas of what to make for them. 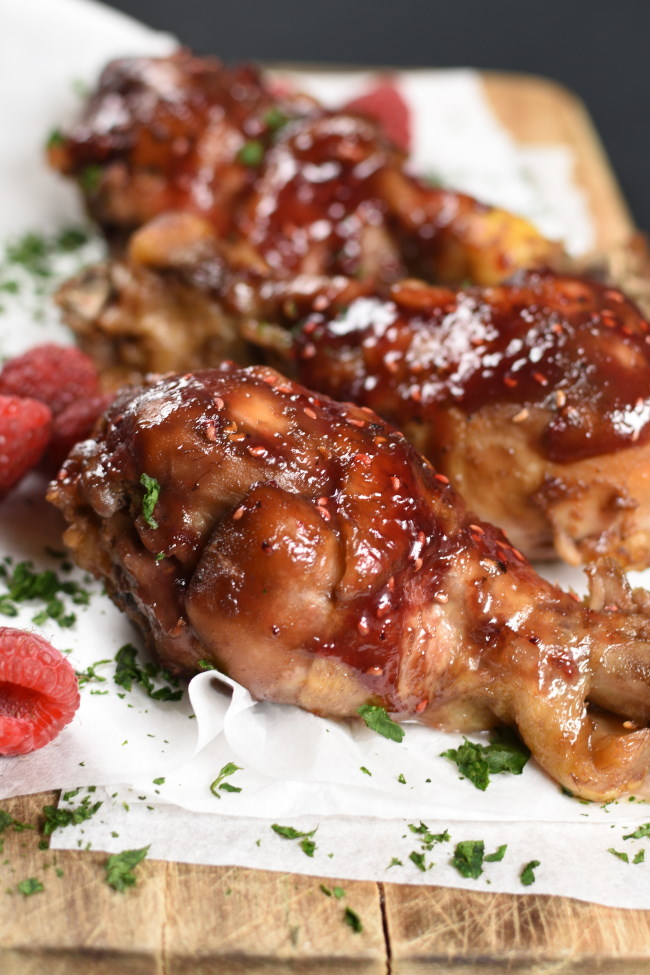 As soon as I was far enough ahead of the piece of equipment that was following me, I ran home for a quick minute and threw everything in the slow cooker and headed back to the field. Just like that, dinner was well on its way!

You guys, Slow Cooker Raspberry Chicken Drumsticks are that easy! Let me show you how to throw them together! 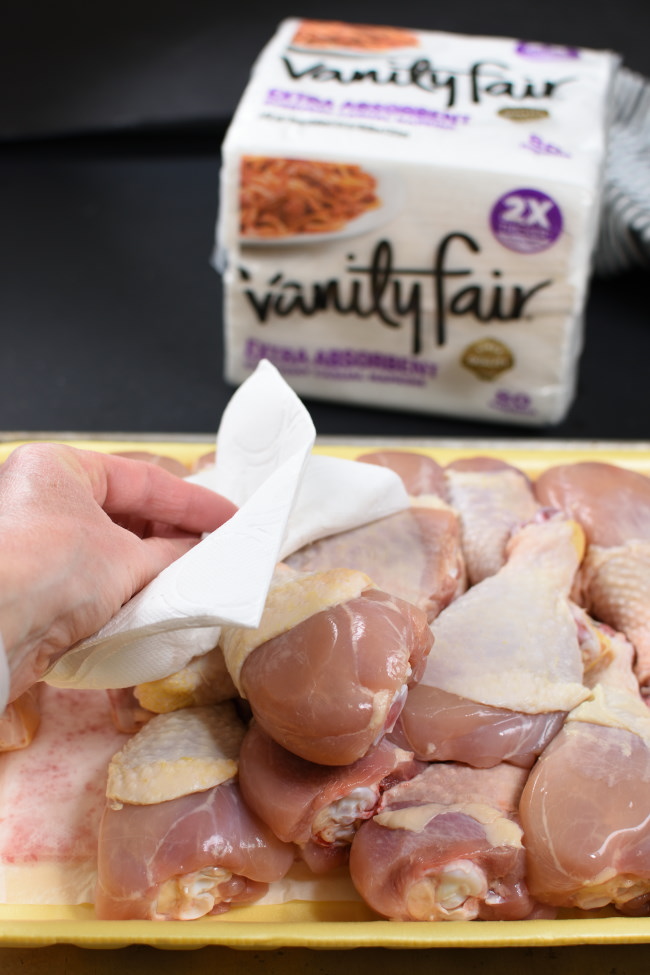 How to get rub to stick to chicken?

You’re going to need a package of chicken drumsticks. Talk about an inexpensive meal!

Patting them dry helps the seasoning mixture coat the drumsticks. 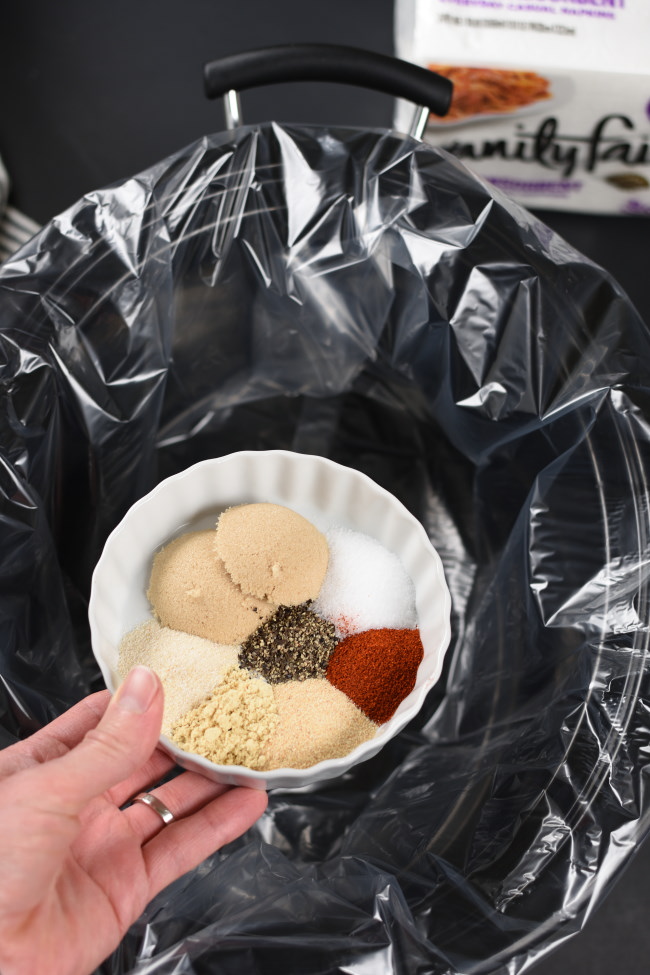 Dump spices right in a slow cooker lined with a slow cooker liner. No need to put spices in a dish first, I only did that to show you what they look like. You can just add them straight to the bag and save yourself from having to wash one more dish! You’re welcome! Shake the bag a little until spices are mixed together. 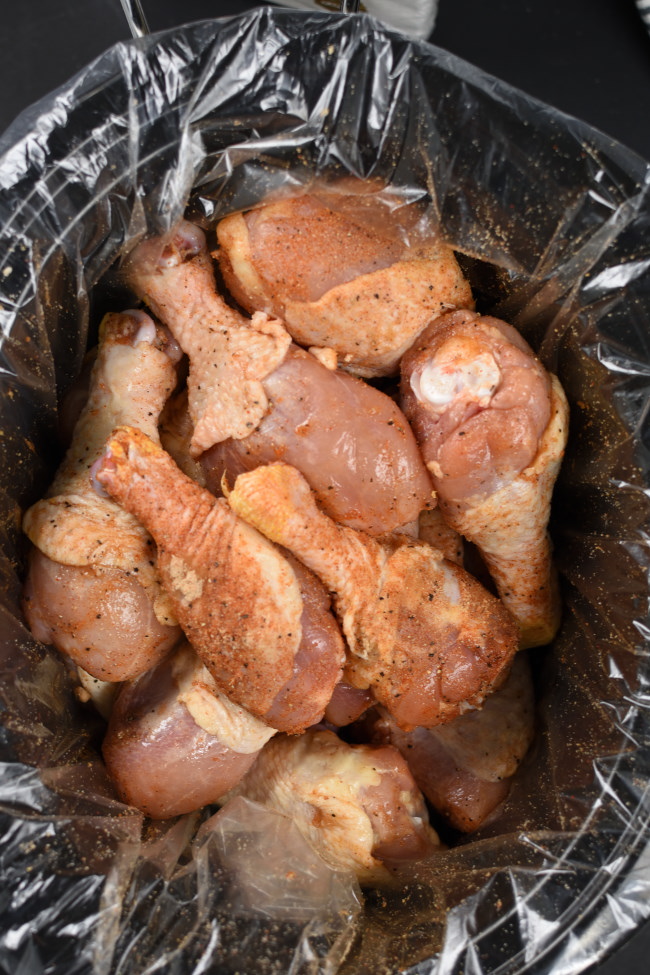 Twist slow cooker liner closed at the top and toss drumsticks around until they are coated with the seasonings. Don’t worry if each drumstick isn’t completely coated. 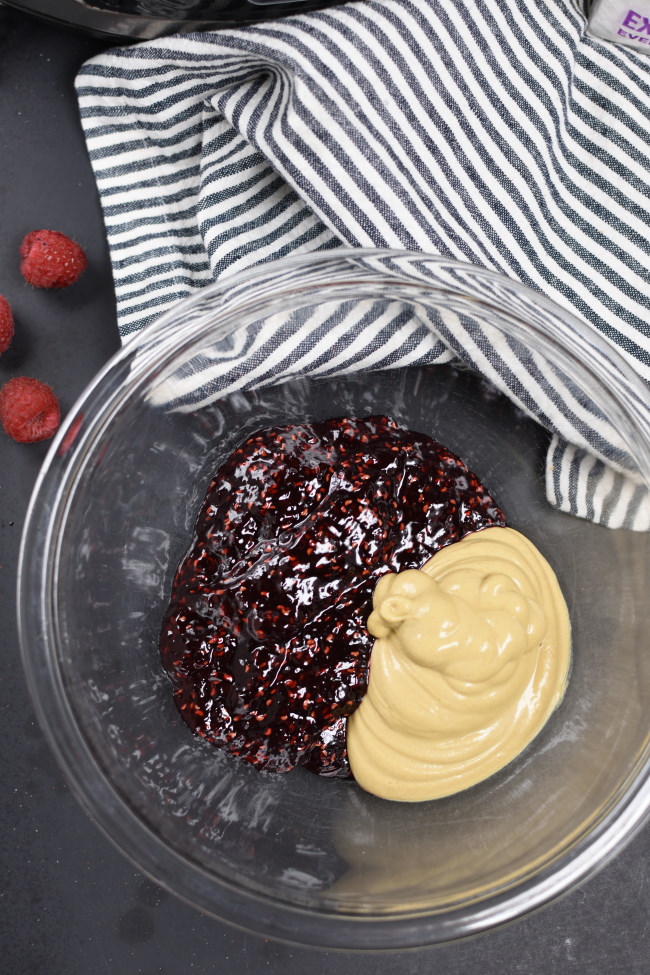 Mix two parts raspberry jam, to one part dijon mustard. If you’re comfortable eyeballing measurements this is a great place to put your skills to use! Just guess here! As long as it’s close it will be finger-licking scrumptious!

Oh, and if you’d like a little spice you could add a spoonful of chopped chipotle peppers in adobo. Only one member of my family can handle spicy so I leave it out. But seriously, Slow Cooker Raspberry Chipotle Chicken Drumsticks…it has a nice spicy flair to it don’t you think? 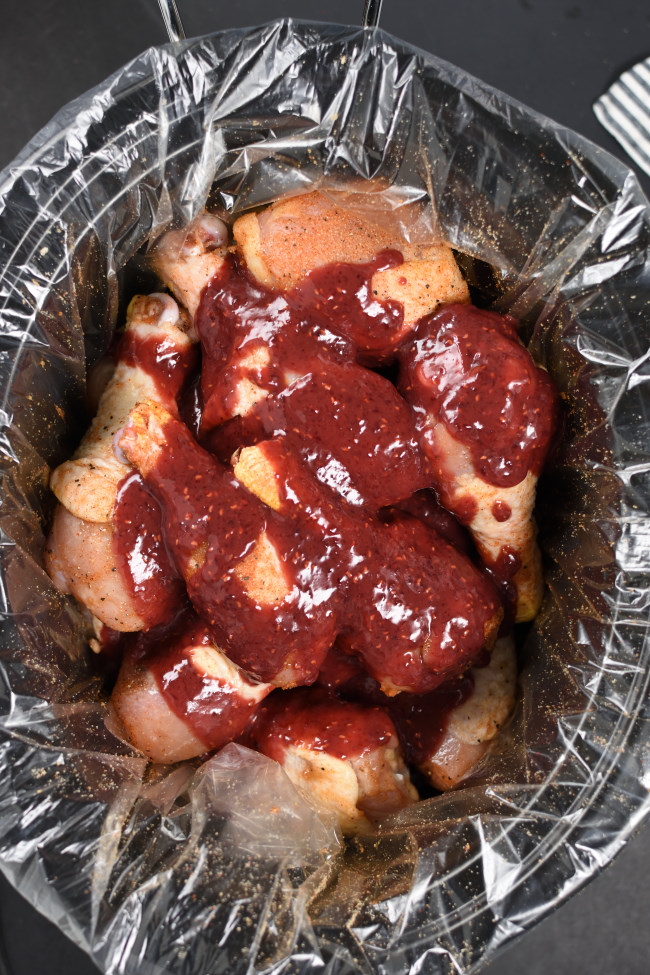 Reserve about half a cup of the sauce for basting over drumsticks later. Drizzle the rest of the raspberry sauce all over the drumsticks. Once again, not to worry if they aren’t completely coated. Trust me, it will be alright!

Let drumsticks cook in the slow cooker for 4 hours on high, or 6 hours on low. 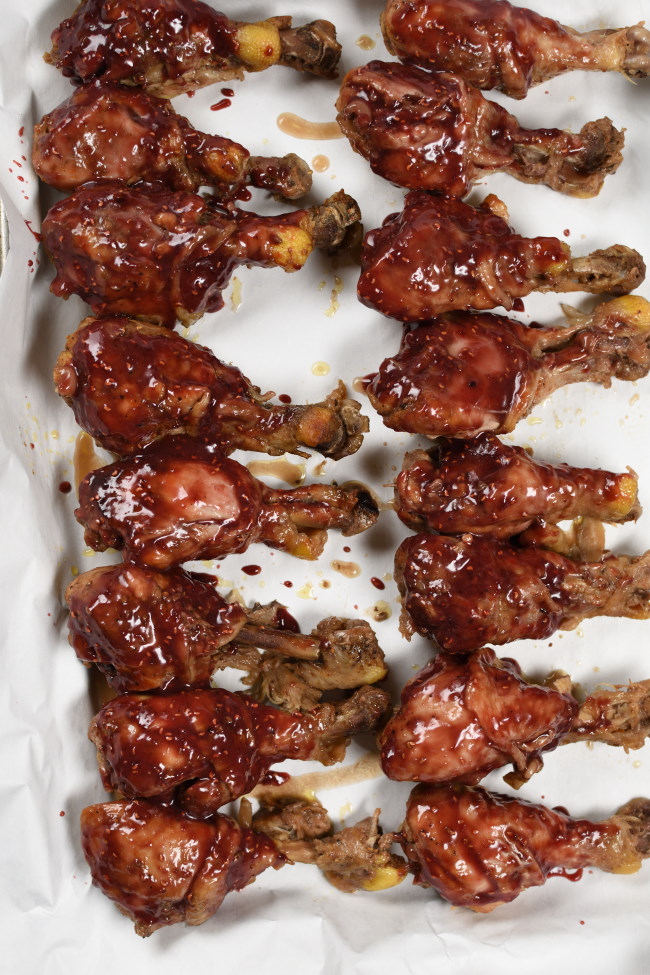 How to get a sticky glaze on slow cooker chicken drumsticks!

Once drumsticks have finished cooking, remove them and set them on a foil-lined, rimmed baking sheet. They won’t be pretty at this point but hang tight and they’ll be gorgeous!

Preheat oven to broil with the rack about 6-8 inches from the top.

Brush the reserved raspberry sauce over the drumsticks. Lay it on heavy! It’s going to get a little sticky, and a lot saucy while they’re under the broiler! 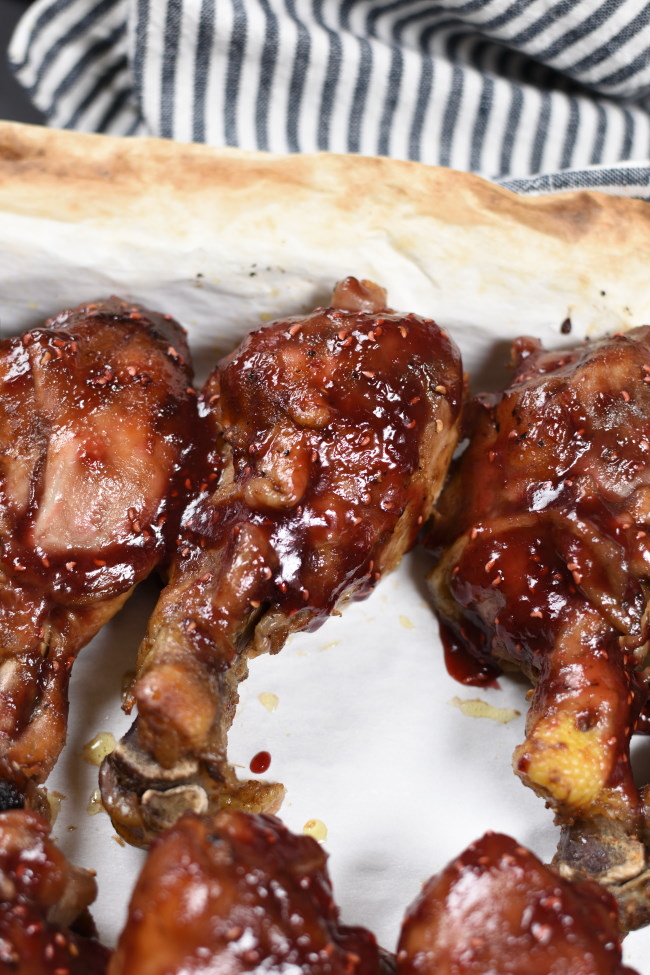 Broil chicken drumsticks for about 3-6 minutes. Watch them close so they don’t burn. The longer they broil the stickier the sauce will become!

Serve them hot right out of the oven with any leftover raspberry sauce! 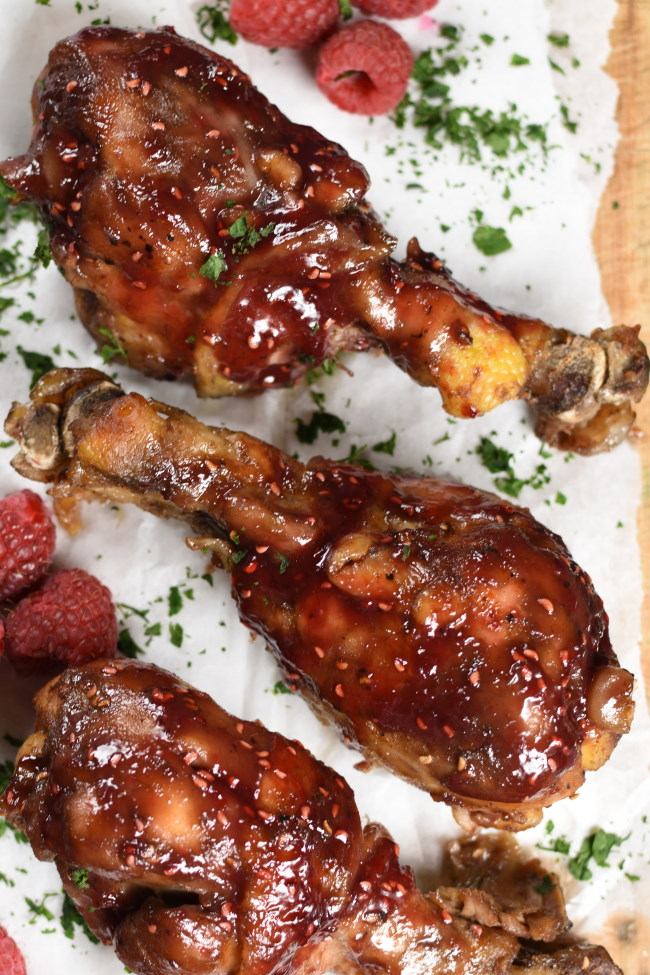 What should I serve Slow Cooker Raspberry Chicken Drumsticks with? 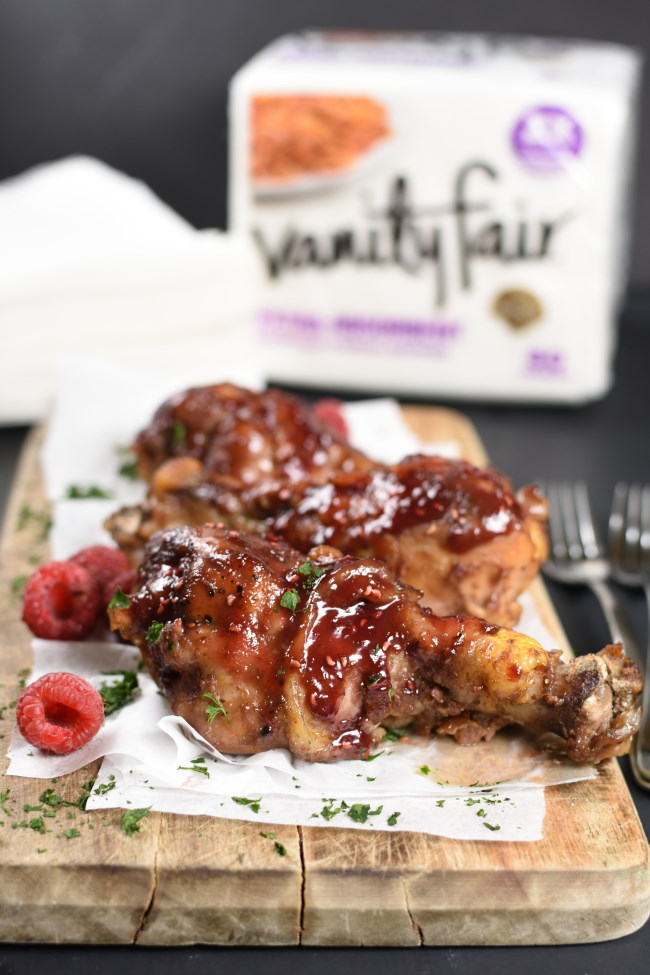 Slow Cooker Raspberry Chicken Drumsticks are so tender, they’ll fall off the bone before you even get a chance to get that drummie to your mouth! They’re drippy and juicy, exactly the way we want them! No dry chicken in this house!

The only bummer about drippy, juicy chicken is that no matter how hard I’ve tried to convince my boys to use napkins they still think shirt sleeves = napkins! NO boys! 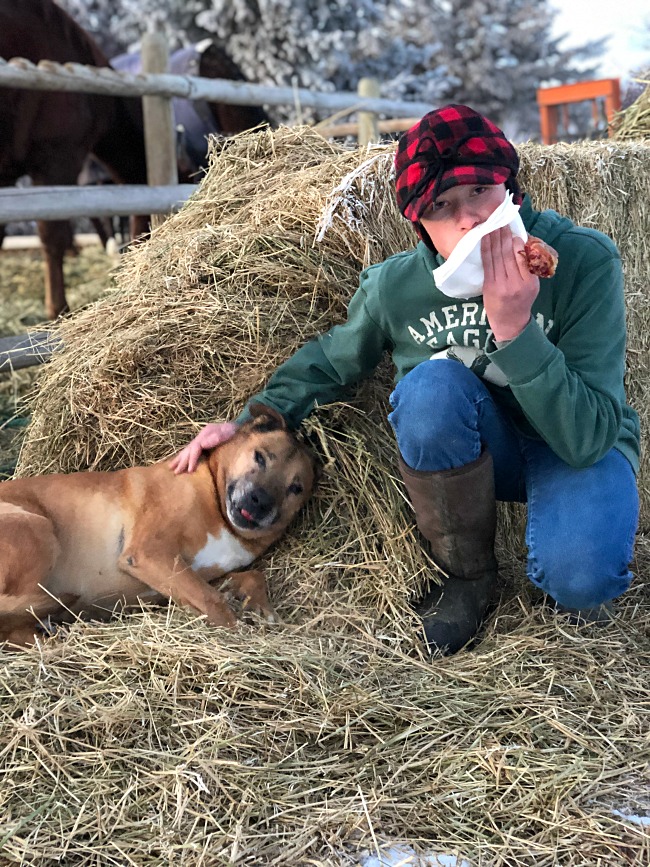 Slow Cooker Raspberry Chicken Drumsticks are great for on the go meals!

If you have children (who am I kidding I’m a mess too) you know mealtime is going to deliver some unexpected messes! Just plan on it, especially with something as messy as Slow Cooker Raspberry Chicken Drumsticks. Have plenty of napkins at the table, sofa, tractor, horse pen, or wherever dinner is held tonight!

Quite often my boys end up eating meals while they are at work on the farm. 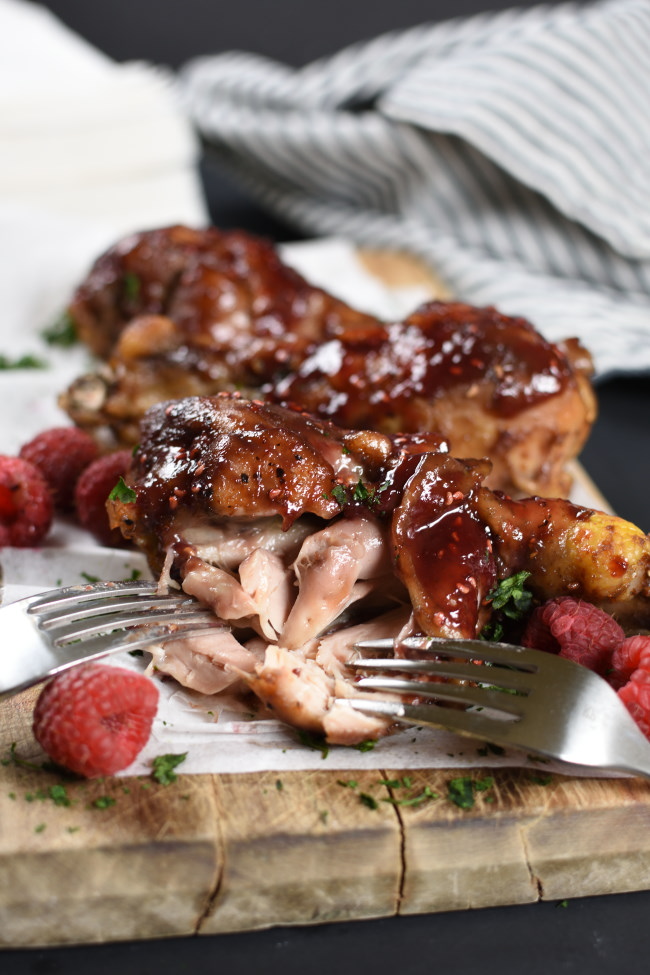 Be sure to pin the recipe for these amazing Slow Cooker Raspberry Chicken Drumsticks! 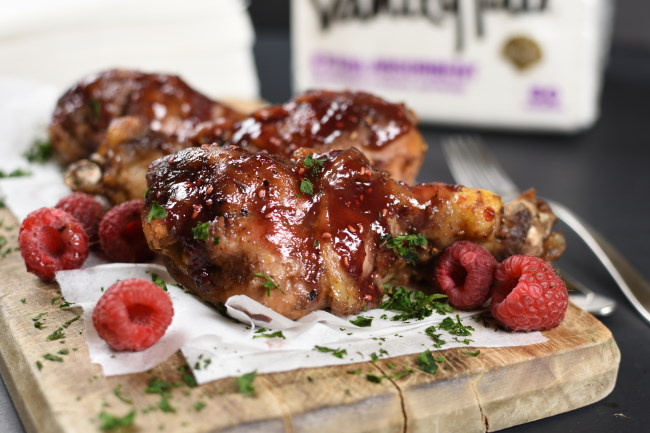 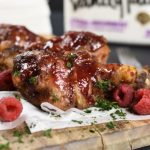 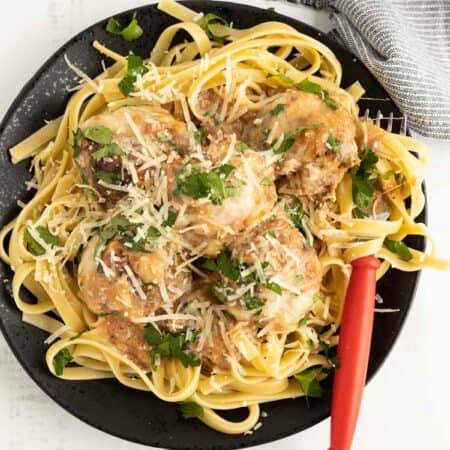 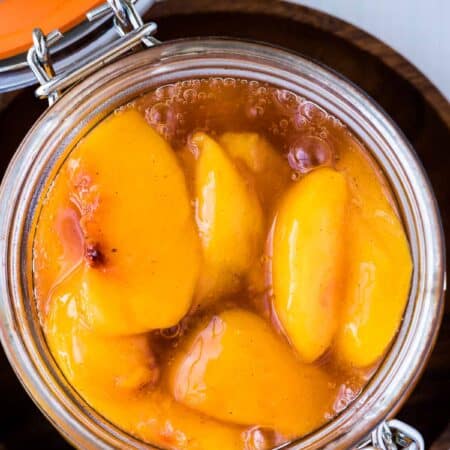 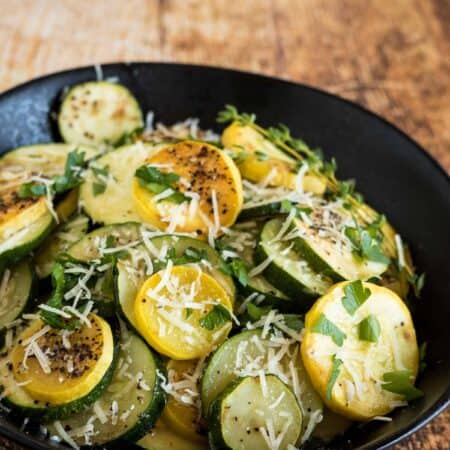 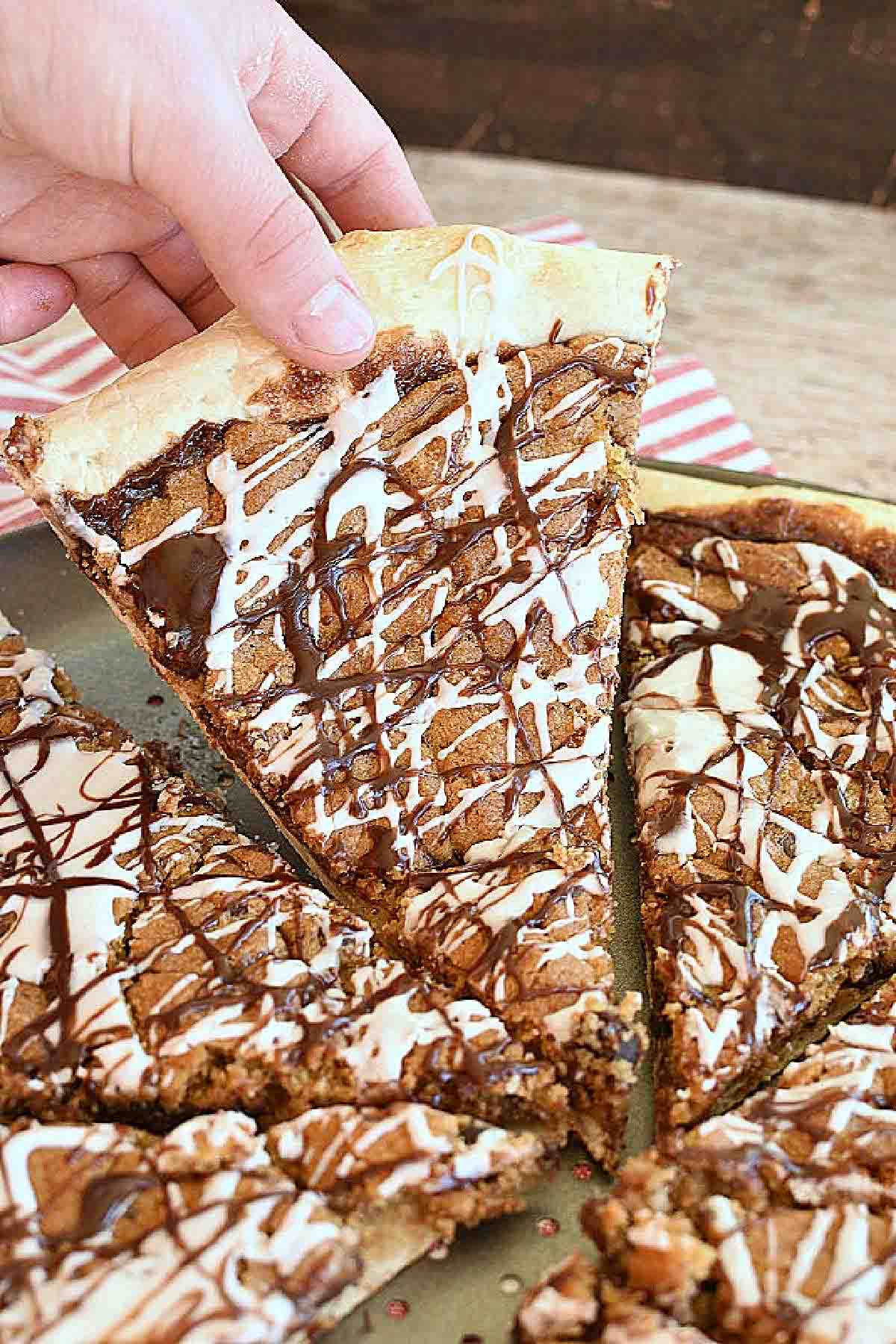 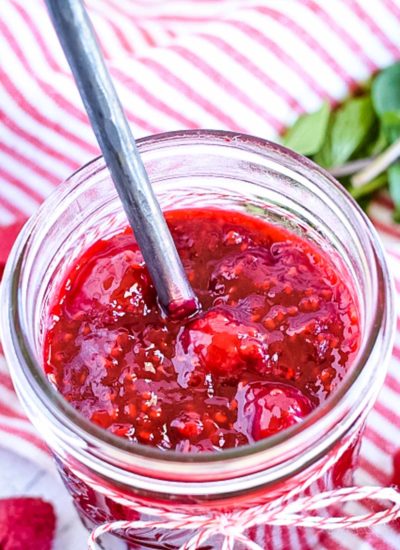