Biscuits and gravy are one of my kids favorite breakfasts! Adding cheddar and a few savory spices sends them over the top! Making the gravy the day before makes my mornings so much easier too! 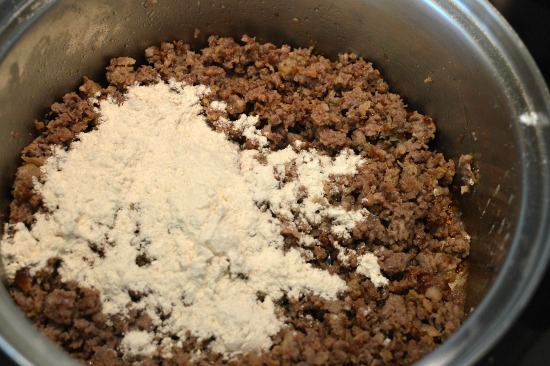 Crumble and brown some bulk sausage.  It’s good to have a little grease in the sausage. If there’s lots of grease, drain some of it. Sprinkle some flour on top and stir until the flour coats the sausage. You really won’t even be able to see the flour after a minute. 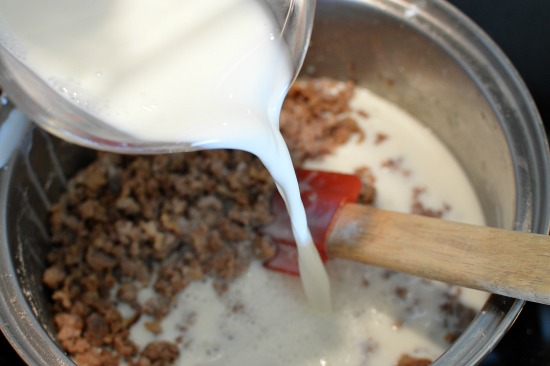 Pour milk in with the sausage. If you really like creamy and aren’t worried about the size of your thighs…add some 1/2 and 1/2 or cream too! I’m worried about my thighs so I used 2% milk. 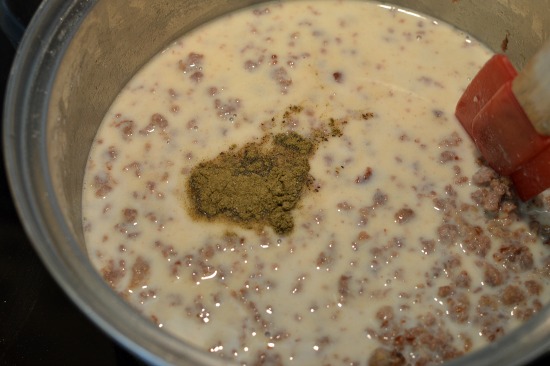 Add salt and pepper to taste. And now for the important part, add some sage. I LOVE sage! It’s so darn good! 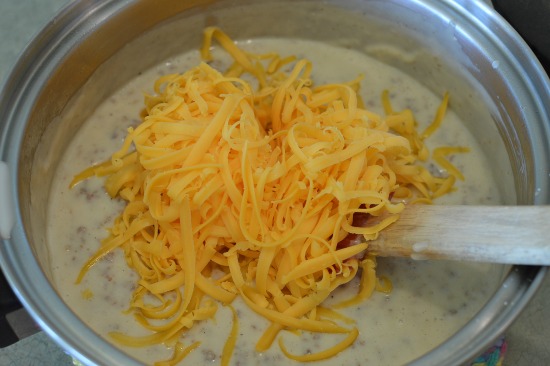 And for the extra important part, add grated cheese. I used cheddar, I’m sure other kinds would be good too. Of course it would be good, you can’t go wrong with cheese. 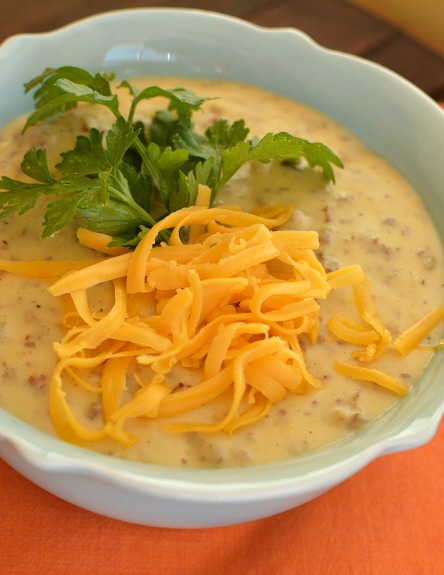 This is where I put the gravy in the fridge until the morning. Because I really value my sleep I set the time bake on my oven so it’s already preheated when I wake up. Who wants to wake up ten minutes early to preheat the oven. All I have to do when I wake up is bake the biscuits and warm the gravy. And yes, I  use a can of biscuits most of the time. Don’t think less of me. 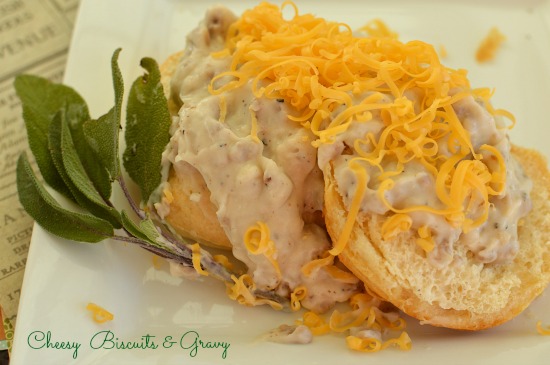 My boys eat this stuff until it is all gone! Especially my picky meat loving middle child. The melted cheese makes it so rich, and the sage gives it such a savory flavor.

5 from 1 vote
Author Amy
Course Breakfast
Servings 6 -8
Prevent your screen from going dark
Prep Time 30 mins
Cook Time 30 mins
Total Time 1 hr
Print
Pin
Share
Cheese and savory sage take these biscuits and gravy over the top! I love being able to make most of it the night before. It makes my mornings so much smoother. 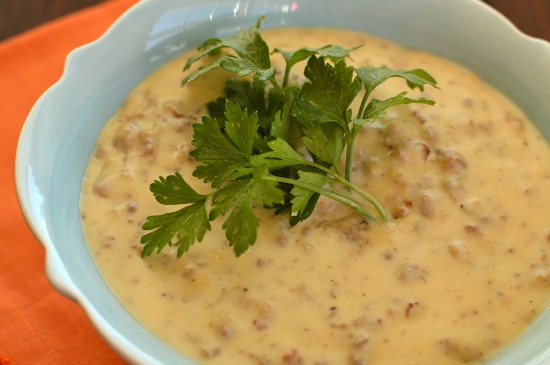